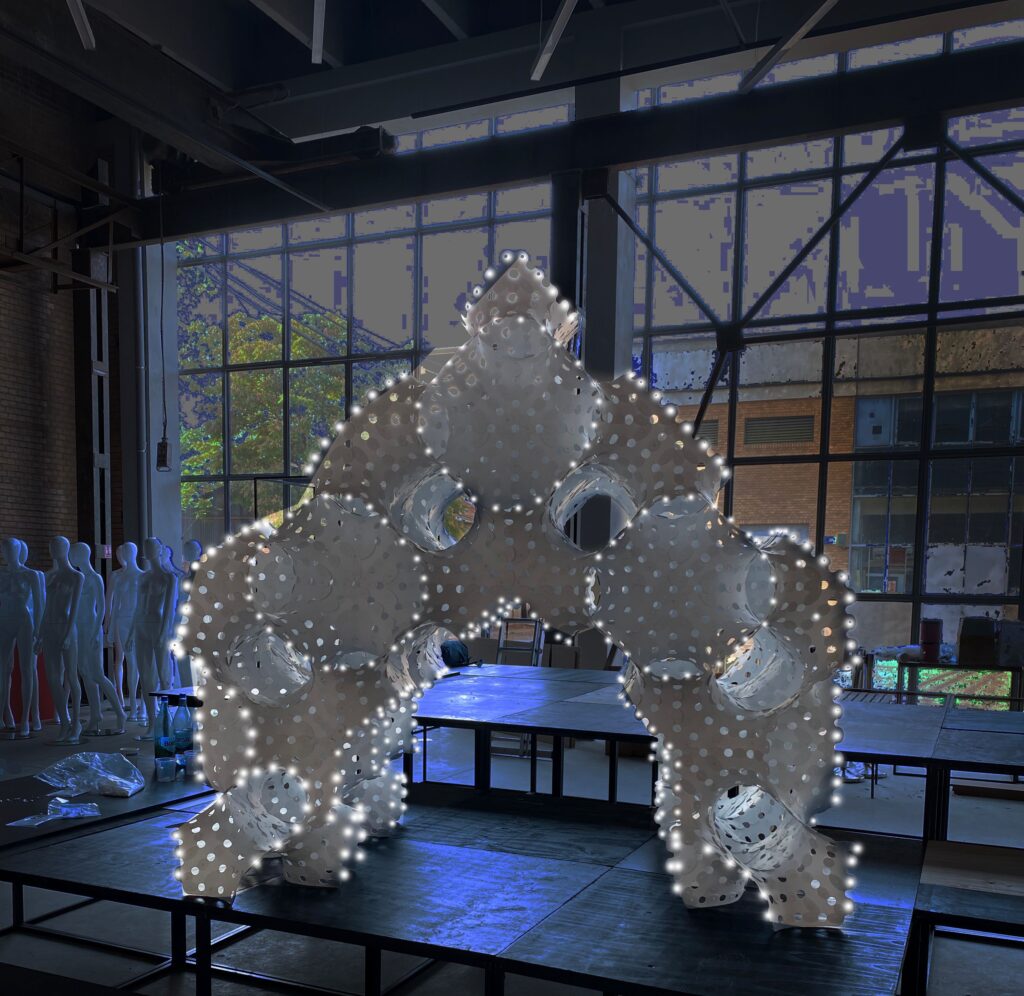 Inspired by the principles of cellular self-organization found in nature, Miniplex is a modular system devised by Vlad Ţenu, assembled in various configurations for the 2017 Architecture Festival in London, the exhibition plug-in-to-future at ARUP Phase2 Gallery in 2018,  Shenzhen Design Week 2019, and London ULTRA Exhibition at Oxo Bargehouse London 2019.

The artist decided to participate in the 2022 edition of Spotlight with Miniplex House of Light, a light art installation created and inspired by the current socio-economic context. The modular system Miniplex is based on the principle of sustainability and it was born out of the idea of a design piece that keeps changing, which can be reconfigured in various ways adapted to the context. The idea of a demountable system allows for recycling and reusing all the pieces, which become “intelligent material”.

Vlad Ţenu, a Romanian architect now living in London, gets inspired from nature and makes art by using algorithms which simulate phenomena such as matter self-organization, preservation of energy, of balance. His works are, in fact, a combination of mathematics, design, and art. Winner of the REPEAT Tex-Fab 2010, Vlad Ţenu exhibited his art in the United States and the Great Britain during international events such as London Festival of Architecture and London Design Festival.